Biology: Birds and the Beans 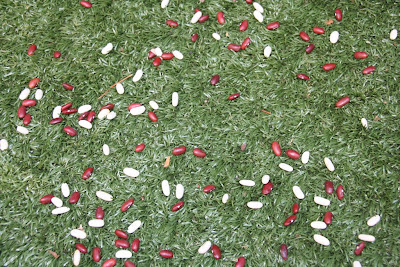 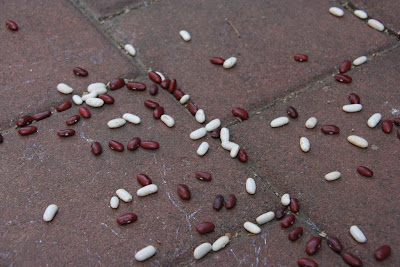 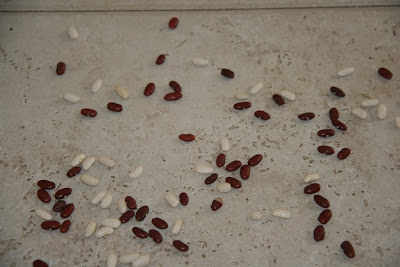 This week we took what we learned about genetics one step further. We asked the question: if individuals with one version of a trait have an advantage over individuals with other versions of the trait, what happens to the distribution of this trait in the population over time?

To understand this concept, we carried out the following exercise. We started off with 50 red beans and 50 white beans, representing the parent generation. The beans were spread out over the white floor. A kid/bird from each group would hunt for 75 beans, and then the 25 remaining survivors would reproduce, having 3 offspring, each one the same color as the parent. The kids repeated the simulation 2 more times, and then observed the long-term effects of living in this particular environment on the frequency of red and white beans in the population.

Over time, the frequency of red and white beans changed, with white beans outnumbering reds. Put another way, the population evolved. The white environment gave white beans an advantage in helping them camouflage, so white beans were in effect "selected by nature" (that's why they call it natural selection). Whites out-performed reds, causing them to be more successful, which in biology means having more baby beans, and over time the frequency of each trait changed. We wrapped up by discussing how things may have turned out differently if our bean population was living on the red sidewalk or the green grass.
Posted by Rebecca Perlin at 7:07 AM