Biology: Genetics with a smile 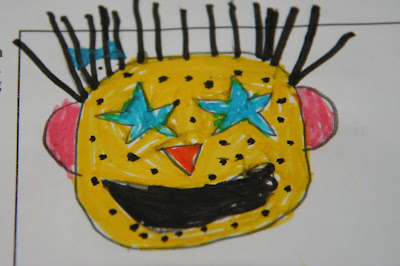 This week the kids carried out a simulation in which they explored how traits are passed down from one generation to the next in the strange but cheerful species, commonly known as "Smileys." The kids flipped coins to see which genes the Smileys would pass on to their offspring. Afterward we compared and contrasted Smiley and human patterns of inheritance. The following statements hold true for both species:

Posted by Rebecca Perlin at 8:43 AM